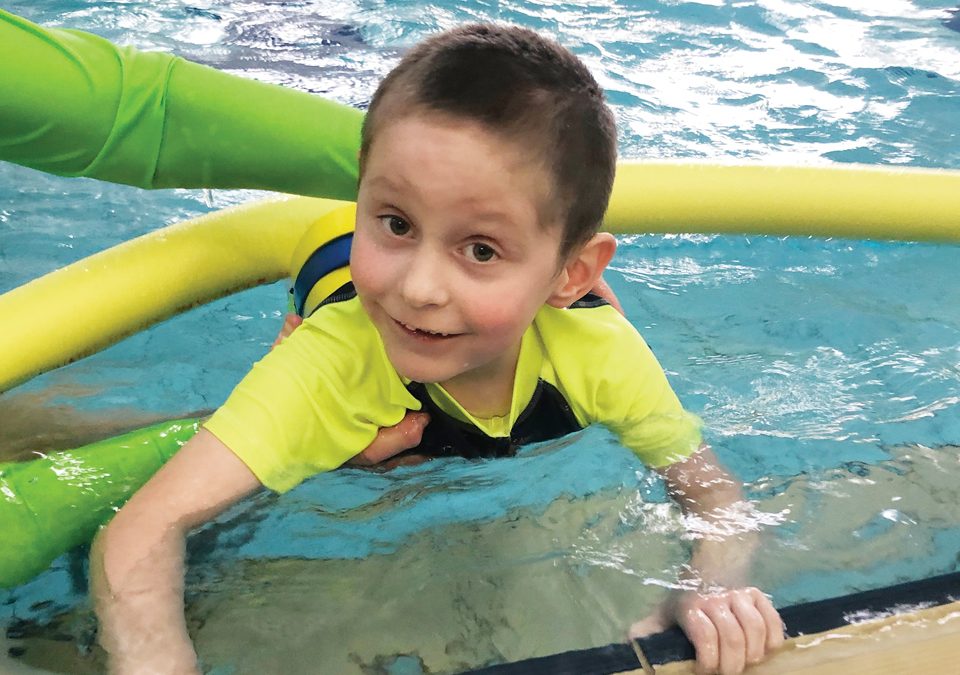 Riley loves splashing about in the water but doesn’t understand danger. His mum Larissa explains,

“Riley is on the autism spectrum and has no fear of anything, including the water. We take a beach holiday each year, so water safety is really important to us.”

While Larissa was waiting to start four year old Riley at Seven Hills Rainbow Club, she gave the local swim club a try.

“It was a disaster! There was such little space in the pool and the teacher wasn’t attentive to Riley’s anxiety. She just wanted him in the water. He was dragged in and had a meltdown. We never went back.” she says.

“For weeks, we fought to get him through the door and when we were near the pool, he screamed.”

But, after four weeks, his dad Daniel shared this news:

“Excellent swim school! Teachers are friendly and understanding. My child was screaming the place down the first session, but they didn’t force him into the pool. They’ve worked with us and today he got into the water with little fuss. The kindness of the other parents was amazing. Many shared encouraging words or gave us the ‘we understand’ look.”

Larissa and Daniel know that Seven Hills Rainbow Club is the right place for Riley to become water safe…at his own pace.

Photo: Riley in the water at Seven Hills Rainbow Club