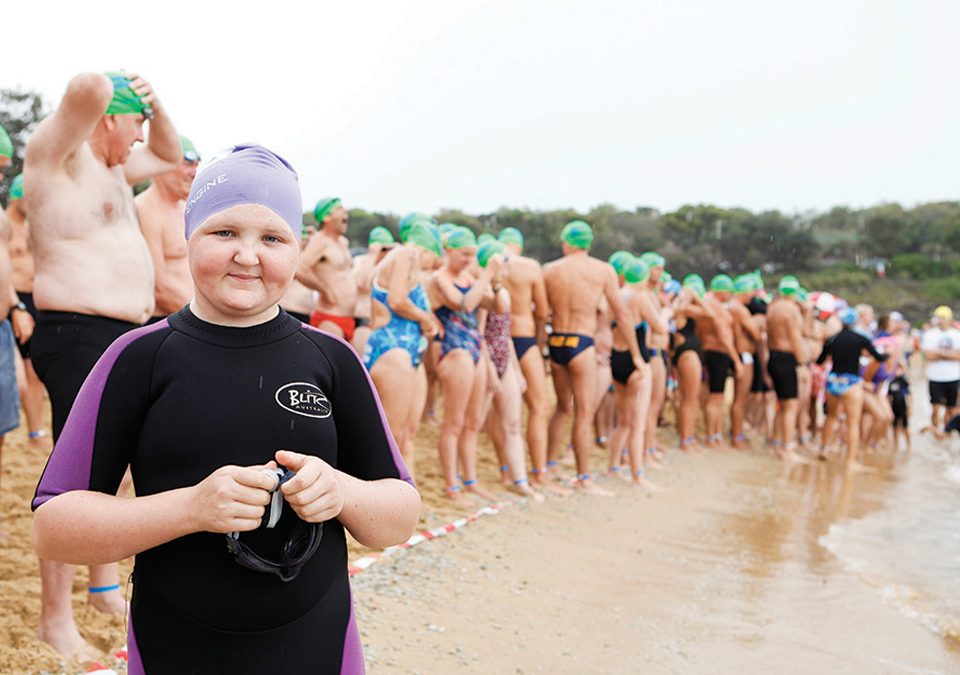 At 8 months Georgia was diagnosed with a stage 4 neuroblastoma cancer involving 18 months of treatment, including chemotherapy, an operation to remove the tumor, total body radiation and a stem cell transplant. She suffered a number of side effects such as cataracts on both eyes, hearing impairment, screws in both hips and a few years ago she developed epilepsy.

Georgia’s training for the 2014 Malabar Magic involved attending the local pool twice a week and gradually she worked up to 1km in the pool. She also had weekly Rainbow Club lessons. Many times while doing laps Georgia would have a seizure, but was determined not to let the epilepsy stop her. The two weekends prior to the swim, she went to Malabar with family and friends to practice swimming in the ocean, because she had not ever swum in the ocean. Georgia raised $3600 for Rainbow Club.

Georgia’s younger sister Olivia has also attended Rainbow Club classes as she has a global developmental delay. With individualised swim lessons and the dedication and patience of her Rainbow Club swim teachers, Olivia has learnt how to swim.

Image: Georgia in front of swimmers at the 2014 Malabar Magic