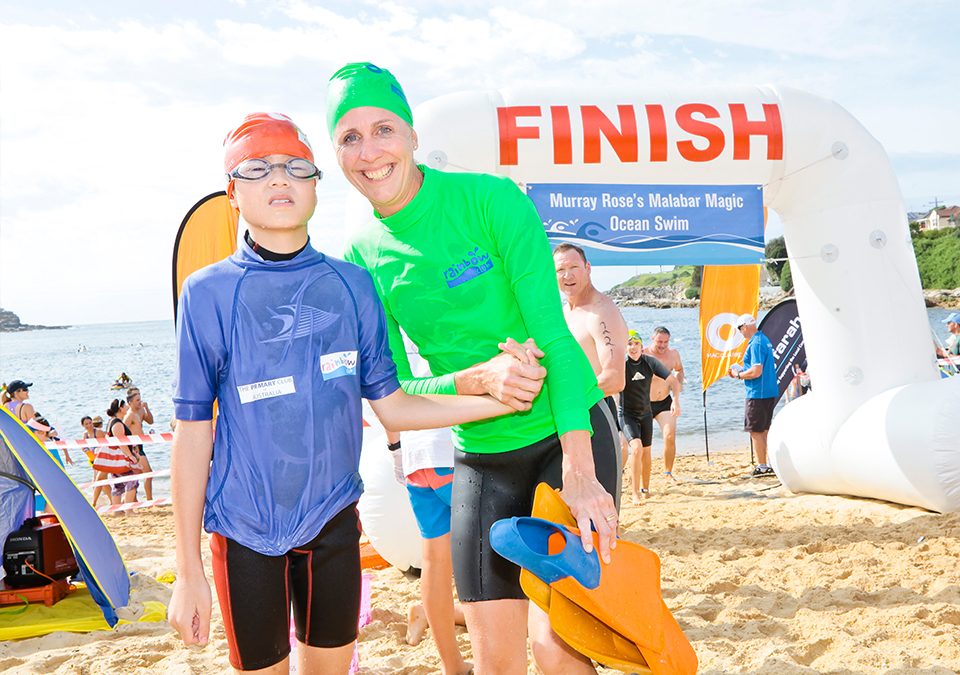 Josh has Autism Spectrum Disorder. He has verbal dyspraxia and sensory processing issues that go along with his diagnosis. He has also been a proud member of the Sutherland Rainbow Club.

Having a backyard pool at home meant that teaching Josh about water safety was extremely important. However, finding a swim school that would accommodate Josh and his needs proved extremely difficult. That is, until his Mum across Rainbow Club… “In the beginning, we anticipated a period of adjustment on Josh’s part in getting used to being in the water and having to listen to his teachers”.

Each week for up to four months, Josh would scream and cry as soon as he got into the pool, adamant that he was not going to have his head dunked under water. And each week, the dedicated teachers would patiently yet firmly manage to cajole him into making progress in the pool!

Over the years, what started out as a need to ensure Josh was “water safe”, has turned into a life-long love affair with swimming for him. Josh has been swimming all year round since and always looks forward to his Saturday lessons, even giving his teachers some cheek at times!

Last year, Josh managed to compete at his school swimming carnival for the first time! Josh competed in the 2015 Malabar Magic 1km Ocean Swim to help fundraise for Rainbow Club. The big joyous smile on his face after completing both events simply says it all to us!

“Never in all this time could I have anticipated such proud moments of swimming achievements in Josh’s life! As a very thankful parent, I can only say that if it had not been for Rainbow Club Sutherland, none of this would have been possible.”

By: Min, Joshua’s mum
Image: Josh with his teacher Carla at the 2015 Malabar Magic