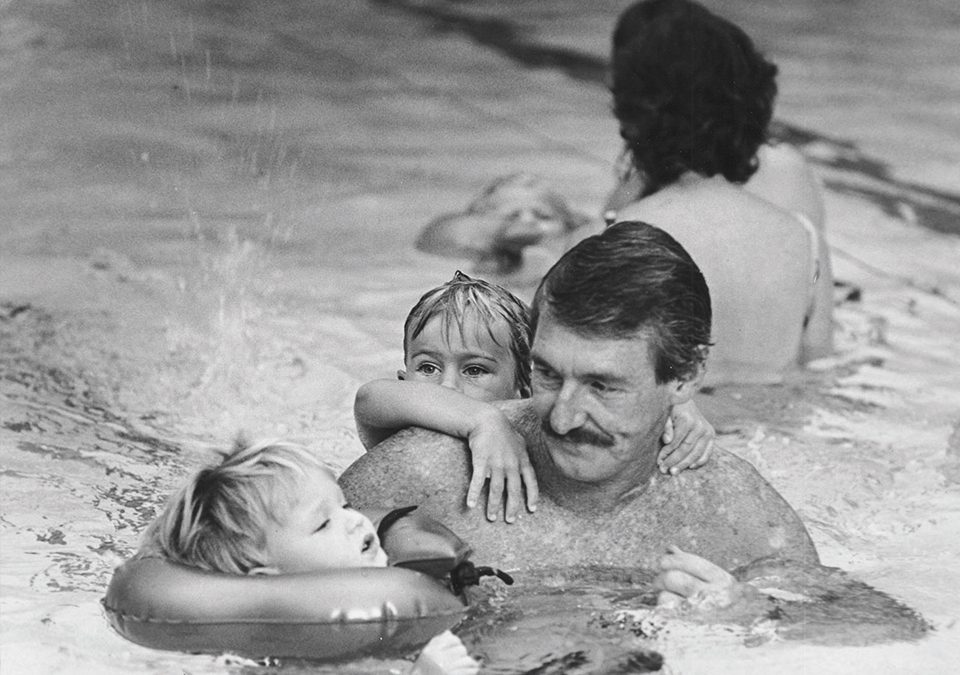 When Beach Inspector Ron Siddons sees a father trying to keep his disabled son afloat in the surf with a tyre inner tube – he decides to design an unsinkable swimsuit.
Ron has created other water safety equipment and believes an inflatable swimsuit will allow children with a disability to stay safe and feel confident in the water while they develop new skills.

He spends three years designing, testing and funding his swimsuit and even convinces media mogul Frank Packer to contribute. After many prototypes, Ron’s cossie launches in 1973. Special schools commend it, but few commit to using it, so Ron sets up his own informal swimming group in Cronulla with three-year old Fiona as one of his first students.

As the word spreads and more families join, Ron’s lifeguard mates volunteer to help and social gatherings are arranged so families can share wisdom, joy and sometimes tears. In 1986, Ron calls his group Rainbow Club. By 1992, Rainbow Clubs pop up in Bondi, Sutherland, Rockdale, Campbelltown, Liverpool and Lindfield.

I just want disabled children to enjoy the things that normal children take for granted…to see joy in their faces when they realise they don’t have to flounder whenever they venture into the water. – Ron Siddons, 1969