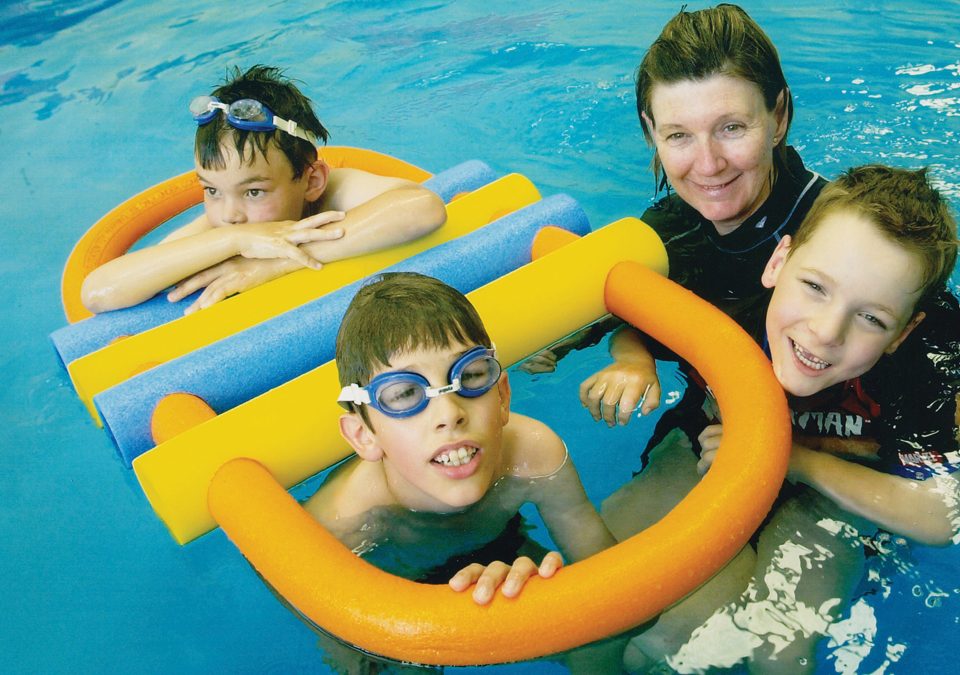 Things really start to kick-off for Rainbow Club in 1993 when Ron forms a volunteer Board of business professionals led by Philip Holt.

The Board is tasked with formalising the Rainbow Club network, expanding its reach and raising funds. Very quickly, the Board bring the collection of clubs under the umbrella of Rainbow Club Australia Incorporated and the new association is registered as a charity.

Once the formalities are complete, the Board reach out to their networks to raise awareness. Soon, politicians and sporting champions support the cause, including Murray Rose and later Mark Speakman and Louise Sauvage. Everyone has a blast when Malcolm Kerr MP hosts the first gala ball. The annual ball becomes the major fundraiser for Rainbow Club for almost two decades. Suzanne Stanton takes the reins as President in 1999, a colourful new logo rolls out and in 2009 an ocean swim launches – which is now the Murray Rose Malabar Magic.

Without any government funding, Rainbow Club grows from one club in Cronulla to sixteen clubs, qualified teachers are hired and Sue Green is Rainbow Club’s first employee when she joins as Club Liaison Officer. Everything seems to be going swimmingly. But the cost of insurance, qualified teachers and pool hire slowly creeps up. When the Global Financial Crisis hits and donations take a dive, the Board prepare for tough times.

Rainbow Club believes in the right of every Australian child in the city and the bush to just be a kid in the pool, to play Marco Polo with siblings, splash mum’s new hairstyle, swim into daddy’s arms and pretend to be a famous swimmer. – Suzanne Stanton, Rainbow Club President, 1999-2009

Photo: Chevy, Tristan and Mathew enjoy a lesson with Christine at Rainbow Club Liverpool in 2005. The trio are some of 25 students ranging from 12 months to 16 years