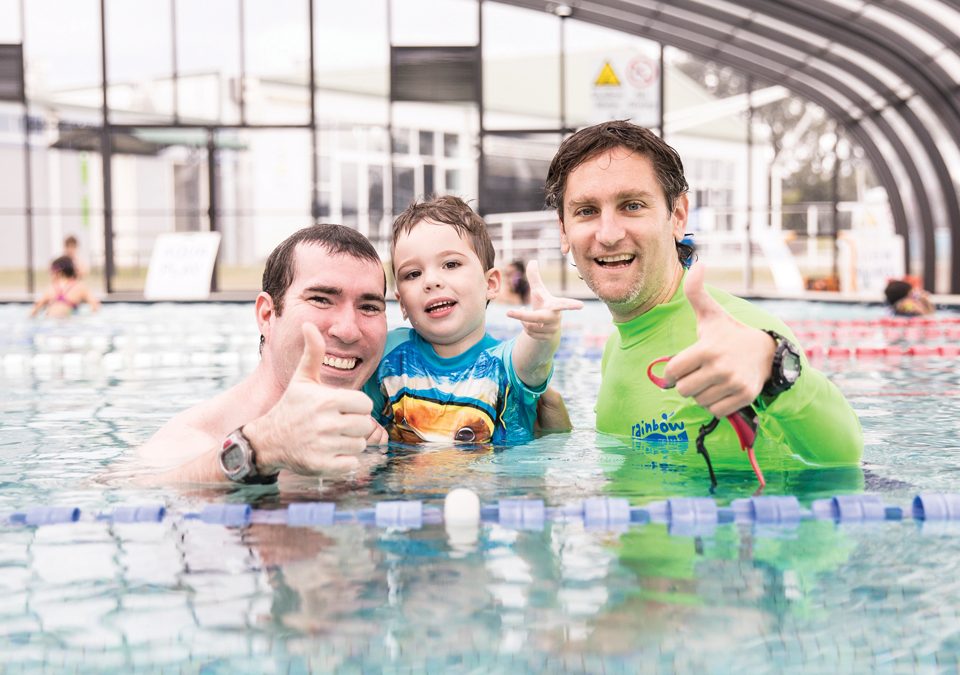 Under the new Presidency of Alexandra Finley, the Board seek significant government funding for the first time.

In 2012, after many meetings, submissions, negotiations and advocacy by a refreshed Board, the NSW government announce they will invest $250k into Rainbow Club. This is the beginning of greater stability and measured growth.

In 2013, Catriona Barry joins as General Manager and over the following six years reframes the structure of the organisation, building the capacity of the Clubs to increase membership by 100%. The Swim the Rainbow program launches, Rainbow Club becomes a registered NDIS Provider, waiting lists are addressed …and green rashies pop up all over Sydney! New Club resources give structure to the program, awards are given and a calendar of events – including the Family Carnival and Rainbow Connect – provide social activities for families and professional development for teachers and staff.

Rainbow Club goes from strength to strength and the Board invest in new technology platforms to manage membership and assist Club Committees. The aim is individualised swim lessons and social participation for 1,000+ children with a disability. It’s a big goal, but it’s within our reach …and what a celebration it will be when we get there!

We all take for granted the chance to swim. Being able to provide Rainbow Club children with this very important life skill is a special gift. Confidence and social skills is a bonus. – Alexandra Finley, Rainbow Club President, 2010-today

Photo: In 2017, six-year-old Sawyer gives Rainbow Club a thumbs up, alongside his dad Steve and teacher Nikos. Now we’re giving a thumbs up to his brother. Sawyer’s big brother Hudson told us, “Learning to swim is very important because we live near the beach. All people in Australia should know how to swim.”