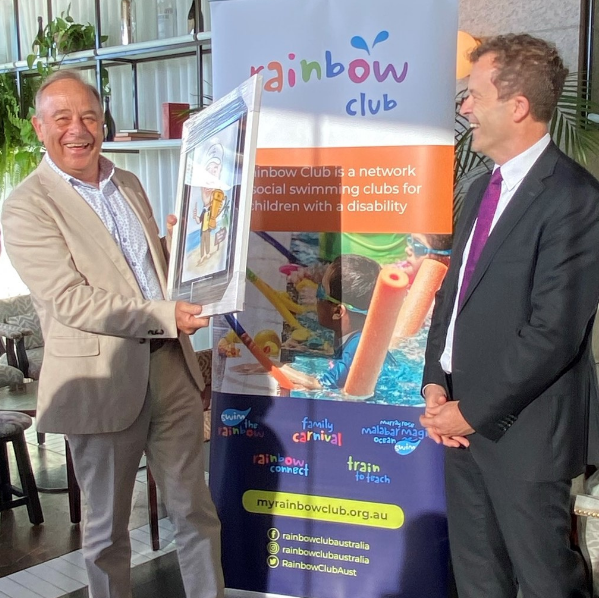 On Wednesday night, Rainbow Club gathered to farewell Philip Holt, OAM who has retired from the Board of Rainbow Club. It was a time to thank a legend of Rainbow Club. Phil was the first President of the organisation that has done so much over 50 years for children with a disability. In its 50 year history there have only been 3 Presidents – Phil, his partner Suzanne and the current President, Alexandra Finley.

Phil was more than Rainbow Club’s first President. He was a dedicated fundraiser for many years and his personal generosity is legendary.

He is also a great ocean swimmer. He led “Team Holt” who were an integral part of the volunteers force at the Malabar Magic every year and each year after setting up the beach and park for the ocean swim, Phil participated in the event, swimming 1 and 2.5k distances.

Phil gave Rainbow Club direction and guidance from day one. In 2012 he was made a Life Member of Rainbow Club and we look forward to seeing Phil and Suzanne at Rainbow Club events in the future.