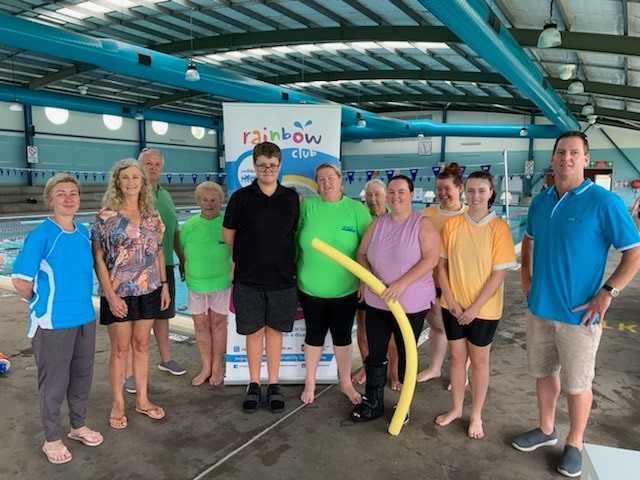 Kurri Kurri Rainbow Club opened its doors at the Kurri Kurri Aquatic and Fitness Centre on Sunday 28th February.  The club had 28 members and 4 teachers on its first day and is continuing to grow!  The new club was such a big hit that they even had some walk ups at the pool who signed up on the spot.

The Newcastle & Hunter regional Board of Directors were all in attendance to witness first hand the magic of opening a new Rainbow Club. This also gave them the opportunity to chat to and welcome the new families.

“Highlight for me was seeing Carol have a young boy who was petrified of the water, anxiety through the roof and didn’t want to leave mum, dad and sister, struggle to hop into the water and then change his behaviour in about 10 – 15min.  Another highlight was due to the design of the pool they had the chance to interact with other kids in the community who were there for the leisure pool as some would stay around and play afterwards.” – Jarrod Anthony, Development Co-ordinator Newcastle and Hunter Region

A massive thank you to the staff and management of the Kurri Kurri Fitness and Aquatic Centre who were fantastic with lending their support to Rainbow Club and have allowed us to start earlier from 9am due to the demand. It doesn’t get much better than this at a new club opening!

We are very excited to see the continued growth into this new area of NSW. Stay tuned to our Newcastle & Hunter Regional page to keep updated on new clubs opening as the year goes on!