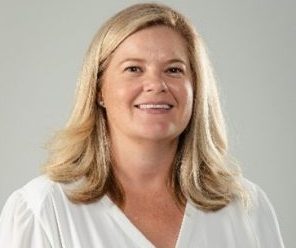 In response to growing market demand for Rainbow Clubs beyond its current network, Rainbow Club has announced the appointment of Nikki Horton in the newly-created role of National Manager, Club Network Development.

Ms Horton spent over 10 years at Netball NSW, most recently as the Executive General Manager of the NSW Swifts and prior to that as the Head of Netball and General Manager, Sport Development. Before her time in the sports industry Nikki worked for over a decade as a teacher in Western Sydney. She brings to Rainbow Club more than 20 years’ experience in working with children in education and sporting environments.

“Nikki’s experience in a leadership role in the community and sport sector is second to none. She has a strong understanding of the needs of children to be active,” said Ms Barry.

“With over 1,000 children on Rainbow Club’s waiting lists, it’s clear that the need for our model of providing individualised lessons in a social environment is more important than ever among families of children with a disability. The demand has spread outside Sydney with enquiries coming from regional areas in NSW as well as from Brisbane and Melbourne”.

“With Nikki leading the development side of our organisation, we are confident we can build on our capability and capacity to help families beyond our current geographic footprint”, she said.

“Learning to swim is a life skill and swimming is part of the Australian culture. Water safety is critical for all children” said Ms Horton.

“I’m excited to have joined Rainbow Club, who has long been a leader and pioneer in helping children with a disability learn to swim”, she said.

Recognising the increasing demand for its services, Rainbow Club has continued to invest in the growth of its network and will open 8 new clubs over the coming months.